Microsoft has taken a step in the wearable market by its Microsoft band that worth 199 dollars. This is a health service and fitness band that can work with all types of devices that includes the operating systems such as android, iOS and windows phone. Microsoft has announced its latest and new service under the name Microsoft health along with a wristband. 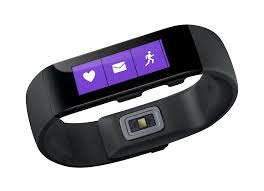 This is one of the hottest world tech news that people all over the world get excited to know about it. As per the Microsoft website, the health is the cloud based service which collects the data from the fitness devices and fitness apps that people are currently using. The company has claimed that this type of service uses the data collected from the device or apps to offer insights on the health of the user.

An example for this is the number of time taken by the user’s body to recover before they start their next training sitting or how well they slept the previous night. One among the key benefits of using this service is that this service is not controlled to the type of device they are using.

Latest tech updates of this service can collect data from any devices include smart watches, desktops, mobile phones and smart devices and stores these data in a place. The Microsoft Company has created a bond with fitness service contributors such as my fitness pal, map my fitness, gold’s gym and run keeper to help the user keep track of their progress in the health. Microsoft has also claimed that this product or service can collect all the health information of the user from other devices or apps and brings all the information to one place. Since the Google fit and apple health kit are experiencing issues in integrating with fitness apps for collecting the data the process of this device cannot be explained by Microsoft.

Microsoft has claimed that this wrist band lets the user track the physical activity daily and provides reviews of their status with a glimpse at their wrist. This also claims that this service is used to guide the user in improving their wellness by learning about them, their current fitness level and their future needs. This is one of the awesome and latest tech updates that are essential in the health of people. This wrist band comes along with options of guided workouts that Microsoft claims has been intended by the experts.

In addition to this, it also offer the users a 24 hour tracking feature to track the heart rate, GPS tracking and sleep tracking to enable users to keep a track on their physical activity. This product of Microsoft has not come with feature for only health. This can be connected with smartphones and it displays the incoming texts, calls, weather, finance and social updates. Even this enables users to set an alarm. Users of windows phone can use the Cortana voice assistant to give voice commands to the band.