With the arrival of the new year, so will the first televisions certified as ‘8K Ultra HD‘; a stamp that seeks to identify the screens capable of reproducing images with real 8K quality. But does that mean that the models that until now have been marketed as are not 8K? Not quite. 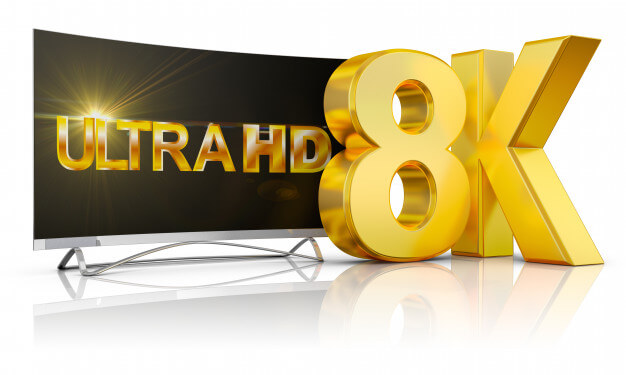 For the Consumer Technology Association (CTA), the same association that organizes each year the CES of Las Vegas, for a television to be able to reproduce images with this quality it is necessary that, in addition to the resolution (7,680 x 4,320 pixels to achieve a total of 33 million), meet another set of features.

For example, they must have video processors capable of moving all the information and being able to convert videos with inferior quality: it is still difficult to enjoy native 8K content, so that the television series will mostly be series, movies and programs with 4K resolution at best.

It also requires that can be played in 50 frames per second and 10-bit (a variable that measures the color depth), as well as offering a contrast modulation (CM) greater than 50%: this feature can be defined as accuracy with which the pixels are distinguishable. The higher the figure, the better.

“The 8K UHD definition is a product of the dedication and hard work of our video division. As a result, manufacturers and consumers will know that products with this logo offer 8K UHD quality and performance,” said Gary Shapiro, president and chief executive of the CTA, in the statement announcing the stamp.

But it is a set of benefits that, at the moment, meet very few models and manufacturers.

“Getting 33 million pixels is the easiest part, but the 8K video format is not only still images, but also in motion. Therefore, if we keep the resolution but instead of showing 50 frames per second we reduce them to 25, and we also take less samples and use fewer bits in each of them, we work with the same amount of information as a 4K”, explains Luis Navarrete, consumer electronics product specialist at LG Electronics. The firm has published with great fanfare that its televisions – both OLED and NanoCell – will be the first to display this logo.

However, large manufacturers such as Samsung, which sell models with 8K resolution for more than a year, will not show this identification at the moment, since their televisions do not meet the characteristics established by the CTA in what contrast modulation is refer. “With the arrival of a new technology there must be a homogenization of criteria. And the CTA certification has a contrast modulation measurement that is not standardized, so the results are inconclusive,” says Nacho Monge, director of AV Marketing at Samsung Iberia.

In fact, from the Korean firm they refer to the 8K Association, a non-profit association promoted by several manufacturers, including the brand itself, but also Panasonic or Hisense. This entity has created its own seal, with similar technical requirements, although it sets aside the modulation of contrast and, nevertheless, it does ask that 600 nits of luminance be exceeded.

That said: is the user going to notice the difference between an 8K and a 4K TV? If there are still images, experts agree by saying yes.

But in the case of videos, the answer is not so simple. “The human eye is not able to appreciate more sharpness than what 4K already offers due to the limits of visual acuity. In addition, taking a 65-inch television as a reference, we would have to place ourselves less than 1.2 meters away in order to distinguish them,” explains Navarrete. Other variables such as the number of frames per second are noticeable and directly influence the fluidity of the images.